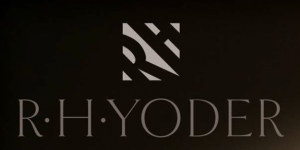 Brothers Richard and Henry Yoder grew up watching their father work in his carriage building business and dreaming of the day when they could work with their hands next to their father. When their father passed away while they were still young boys, they decided to honor their father’s legacy by becoming craftsmen themselves.

They began by building furniture and cabinetry in their mother’s home in 2001, apprenticing under an experienced craftsman named Floyd Miller and producing a line of five different chair styles. As their business and expertise grew they expanded into a slightly larger facility and now have a 20,000-square foot state-of-the-art facility on Richard’s property, which is the home  of R.H. Yoder Woodworking today.

From the humble beginnings of two young boys admiring their father’s work, two brothers have fulfilled their dream. They are now dedicated business owners, employing a team of craftsmen, and producing a full line of more than 70 different chair styles.

Their care and attention to detail shows in every piece of furniture they produce.

Featuring the best in handcrafted Amish made furniture, Country Heritage Furniture offers furnishings for every room of your home.